USHMM: How Did Young Americans Respond to the Nazi Threat?

“How Did Young Americans Respond to the Nazi Threat?” 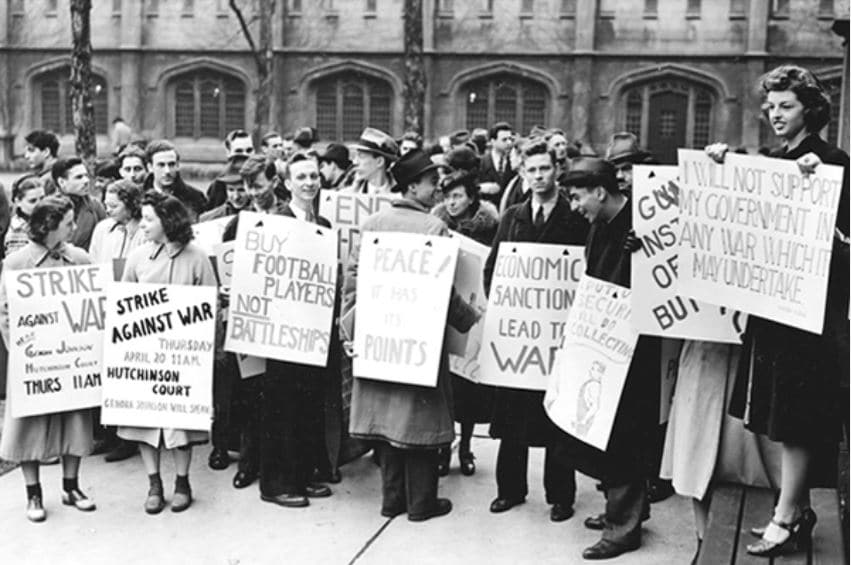 While growing up in a time of racial segregation and the Great Depression, some young Americans looked beyond the struggles of their own nation to respond to the Nazi threat in Europe. Students at Yale and other universities led movements opposing US intervention abroad. College students in rural Kansas raised funds for 19 year old Tom Doeppner to escape Nazi Germany and attend school in America. And William Scott, a Black student at Morehouse College, photographed Nazi atrocities after he was drafted into a segregated US Army unit.

Join us as we explore the range of actions young Americans took to speak out and act during the Holocaust.