Israel: Then & Now tells the story of a people with no home, rejected across the globe for religious beliefs, finding hope in a land they can make their own. In 1948, when Israel was declared the first Jewish state, it gave the Jewish people an opportunity to create a home for themselves and their children—what would come of this land, the people, and a culture? Audiences are invited to take a look back and imagine what’s ahead during this world-premiere exhibition that combines milestone moments, historic images, interactive media, and film to explore Israel: Then & Now.

**Due to the large volume of booked tours we encourage you to schedule your tour in advance.**

General Admission $10 Student Admission $5
Survivors, Liberators and their spouses are admitted at no charge.

Israel: Then & Now is a production of the Maltz Museum of Jewish Heritage, Cleveland, Ohio. 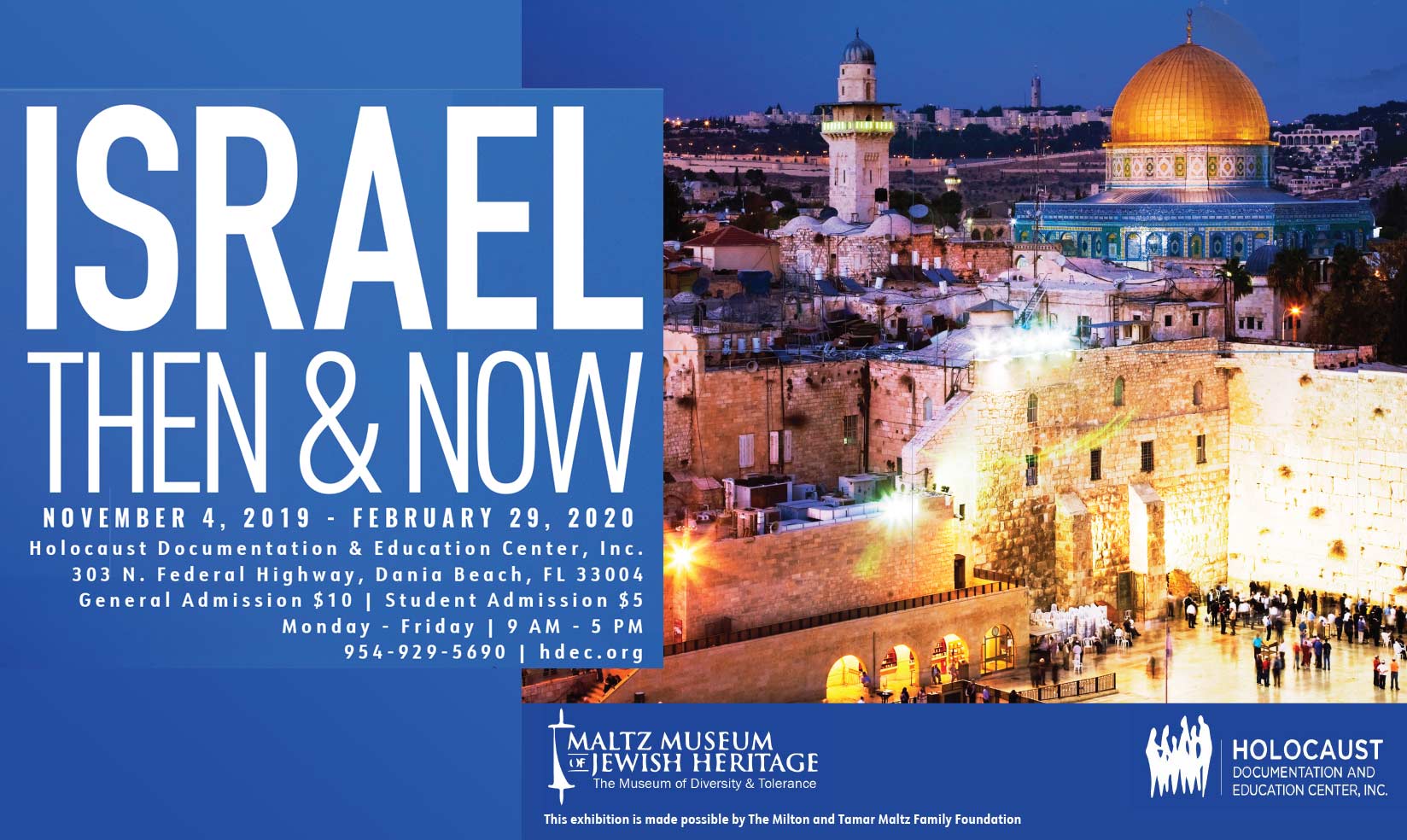 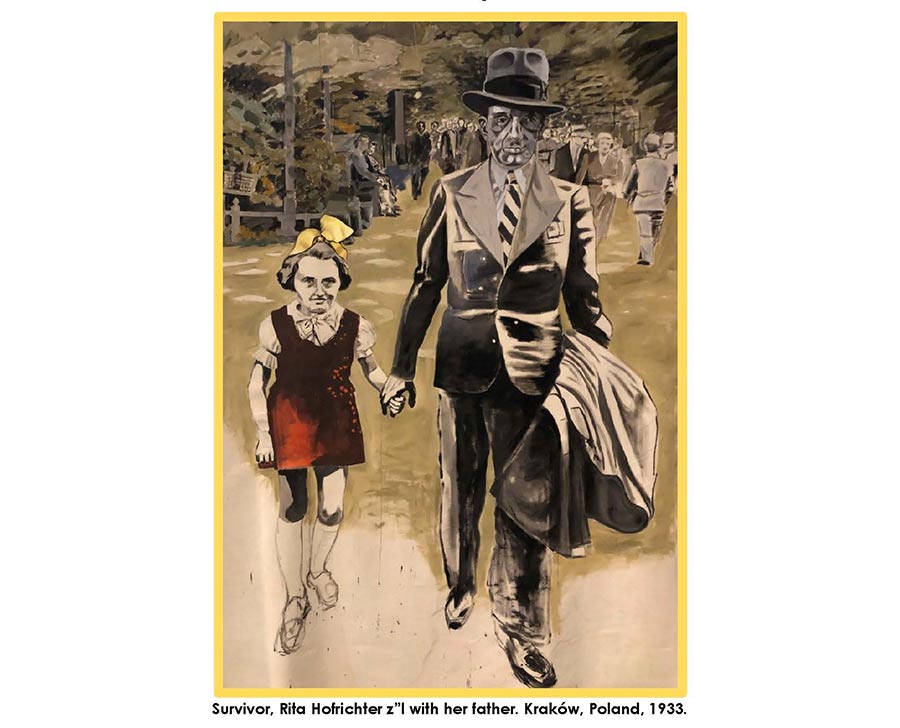 A Fine Art exhibition by Mark Cohen, an award-winning graphic designer, marketing communications executive, teacher, painter and printmaker. His subject matter utilizes contemporary and past iconic figures from all walks of life, including politics, popular culture, entertainment and war and peace.

One of the subjects examined by Mr. Cohen is Amon Goeth, the commandant of the Plaszow Concentration Camp, featured in Steven Spielberg’s film, Schindler’s List.

The Plaszow Concentration Camp was both a labor and concentration camp. Study of Amon Goeth spurred the artist to create a series of paintings about three generations of women associated with Goeth; his mistress, Ruth Ann Kalder, daughter, Monika Hertwig and granddaughter, Jennifer Teegue.

In these paintings and drawings, viewers can see issues of anti-Semitism, genocide and the psychological effects on the women closest to Goeth. These works are another form of documentation of the Holocaust.

The head of the Nazis’ homicidal “Jewish Department” who zealously managed the transport of millions of innocent people to death camps vanished after World War II. Photographs, film and recently declassified spy artifacts reveal the dramatic secret history behind the daring abduction and globally broadcast trial of a principal perpetrator of the Final Solution.

Operation Finale: The Capture and Trial of Adolf Eichmann is a co-production of The Mossad – Israel Secret Intelligence Service; Beit Hatfutsot – The Museum of the Jewish People, Tel Aviv, Israel; and the Maltz Museum of Jewish Heritage, Cleveland, Ohio.

To learn more about accompanying programs: 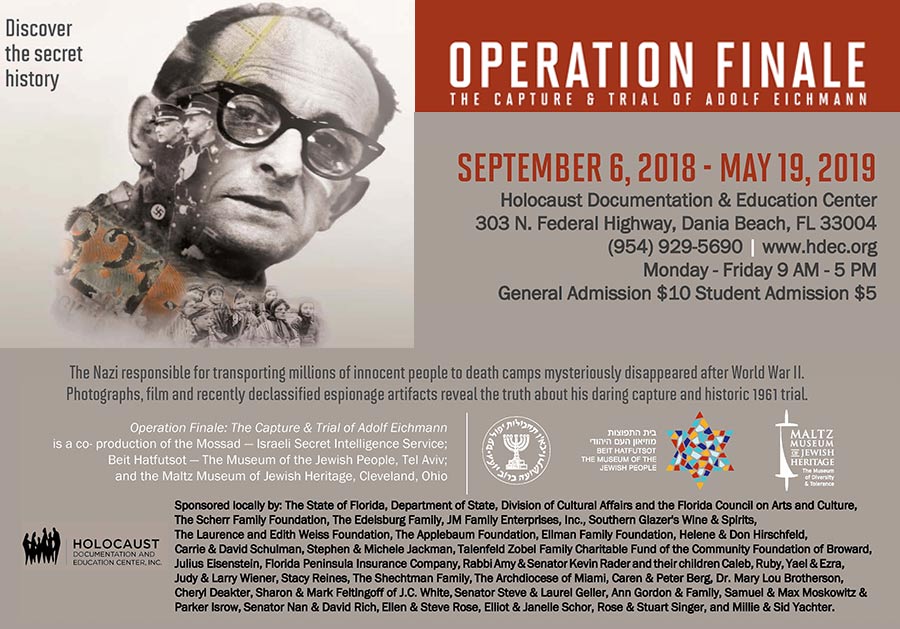 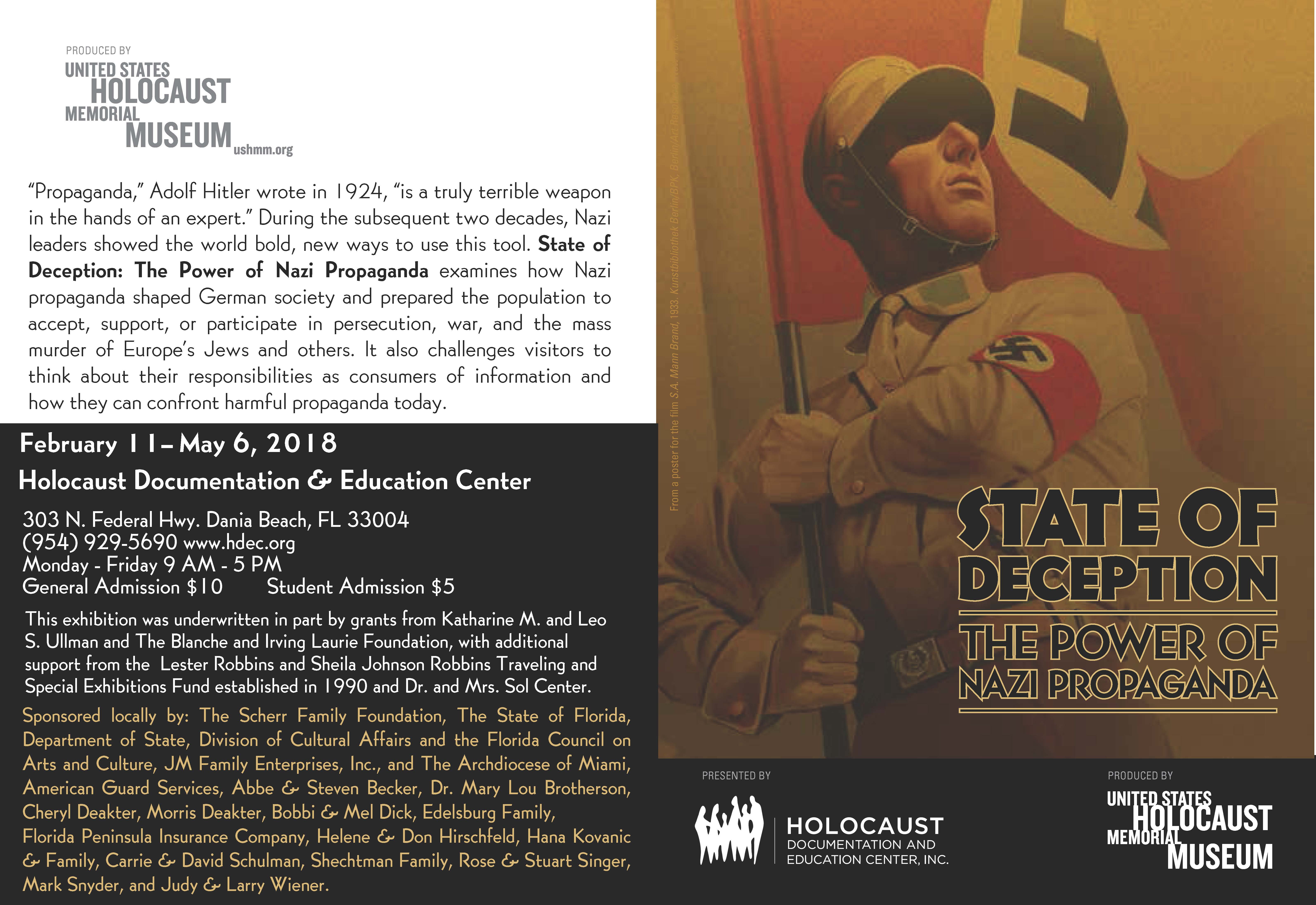 “Propaganda,” Adolf Hitler wrote in 1924, “is a truly terrible weapon in the hands of an expert.” During the subsequent two decades, Nazi leaders showed the world bold, new ways to use it. Through a variety of sophisticated techniques, the Nazi Party sought to sway millions of Germans and other Europeans with appealing ideas of a utopian world along with frightful images of enemies it deemed threats to those dreams.

State of Deception: The Power of Nazi Propaganda examines how the Nazis used propaganda to win broad voter support in Germany’s young democracy after World War I, implement radical programs under the party’s dictatorship in the 1930s, and justify war and mass murder. This most extreme case study emphasizes why the issue of propaganda matters and challenges citizens to actively question, analyze, and seek the truth.

To learn more about accompanying programs: