USHMM: Eisenhower’s Foresight: Protecting the Truth of the Holocaust

Program:  “Eisenhower’s Foresight: Protecting the Truth of the Holocaust” 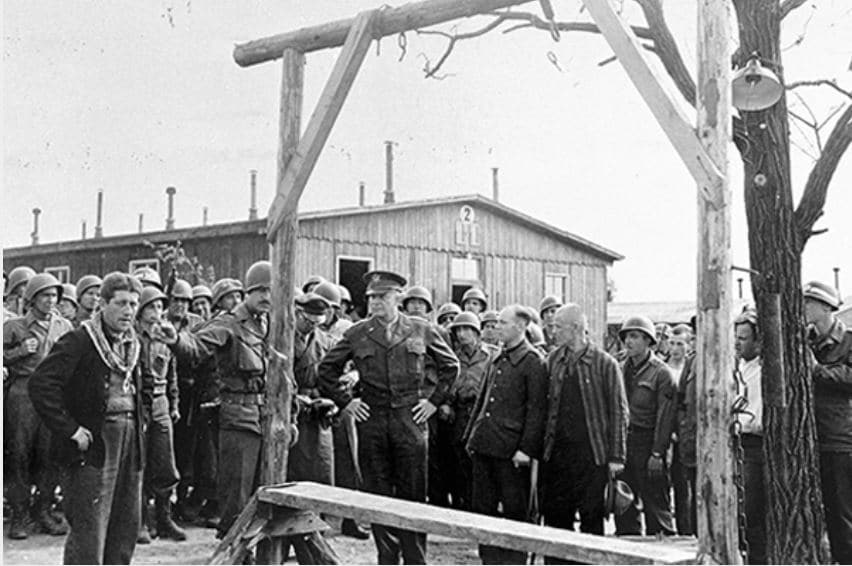 During a tour of the newly liberated Ohrdruf concentration camp in Germany, an Austrian Jewish survivor describes to General Dwight D. Eisenhower and his entourage the use of the gallows in the camp. National Archives.

Eisenhower’s Foresight: Protecting the Truth of the Holocaust
While Supreme Allied Commander Dwight D. Eisenhower had studied his World War II enemy, he was unprepared for the Nazi brutality he witnessed at Ohrdruf concentration camp in April 1945. Bodies were piled like wood and living skeletons struggled to survive. Even as the Allied Forces continued their fight, Eisenhower foresaw a day when the horrors of the Holocaust might be denied. He invited the media to document the scene. He compelled Germans living in the surrounding towns and any soldier not fighting at the front to witness the atrocities for themselves. On International Holocaust Remembrance Day, join Susan Eisenhower, author of How Ike Led, to learn about her grandfather’s vigilance to preserve the truth about the Holocaust.