USHMM: “Comics Take On Hitler and the Nazis”

“Comics Take On Hitler and the Nazis” 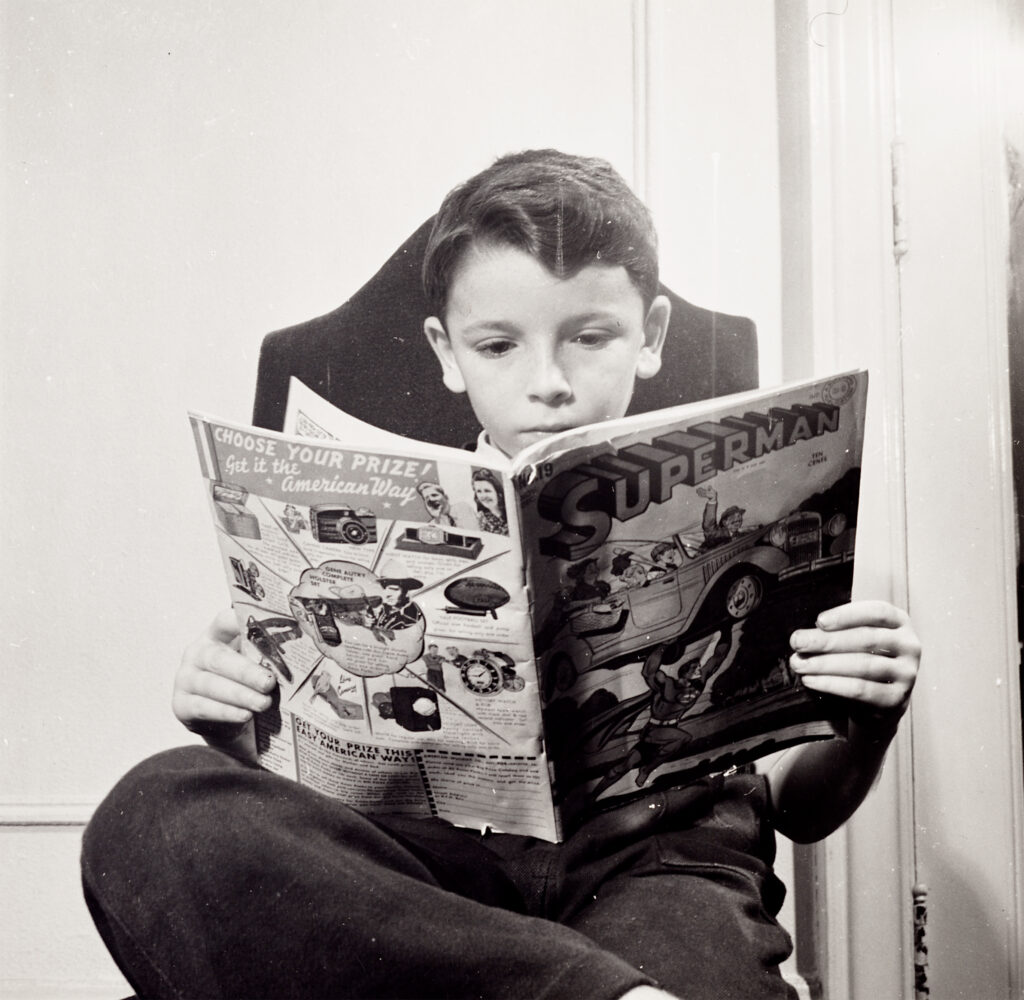 A boy from Germany reads a comic book at a school for refugee children in New York, 1942. Library of Congress, Marjory Collins

ZAP! POW! BAM! These words jump off the page as Captain America and Superman attack the comic book version of Adolf Hitler, who in reality was anything but an imaginary evil.

Superheroes have always fought dangerous villains. Their battle against Hitler in the 1930s and 1940s taught children about World War II and the Nazis. But it took years before the Holocaust and Jewish victims were clearly illustrated and identified in popular comics and graphic novels. Join us to learn how artists like Joe Kubert and Art Spiegelman led the industry to shed light on one of the darkest chapters in history.