Jewish Life Through the 20th Century with Survivor, Judy Rodan

As the Holocaust Documentation & Education Center continues to feature and offer a wide variety of topics on the Holocaust, today we are adding the following program in partnership with the Jewish Federation of Broward County Young Leadership Division.

Platform:  This program is available online. To view the program click here. 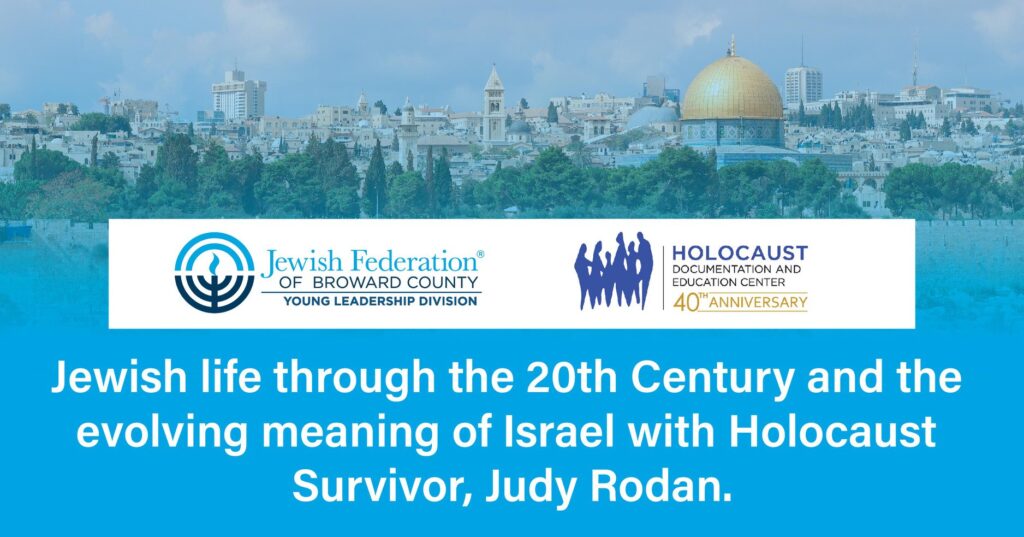 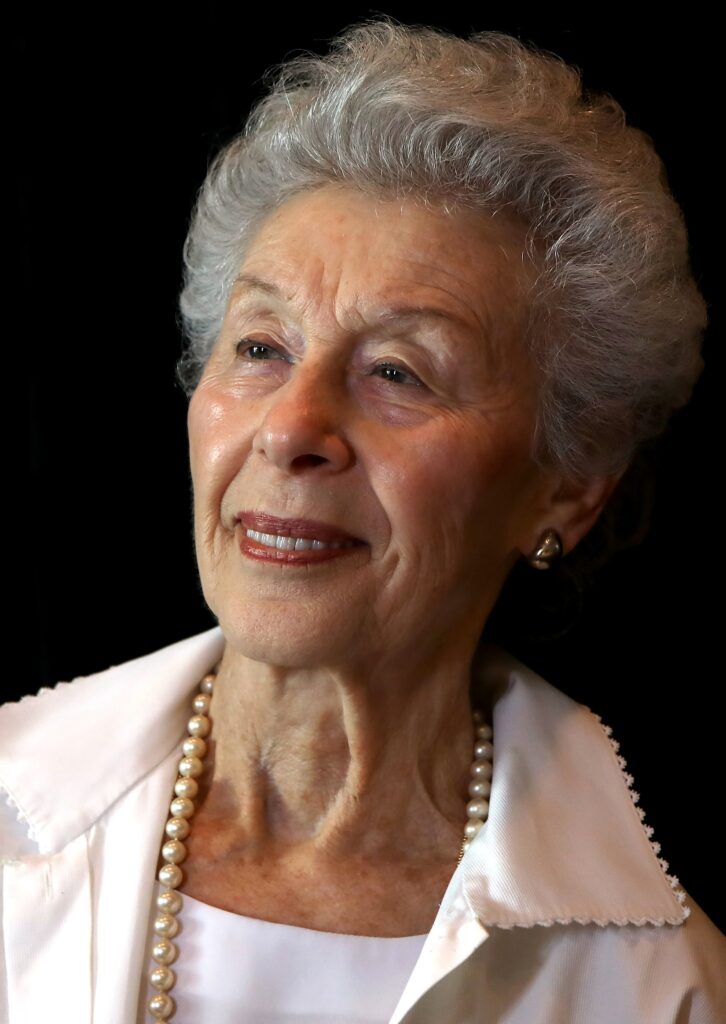 Judy Rodan was born in Berehovo, Czechoslovakia. She was six years old and had one younger brother. In May of 1944, her entire family was transported to Auschwitz with the last deportation of the Hungarian Jews.

Judy’s grandmother had managed a Wooden Barrel factory, and was able to arrange for the wife of the factory’s foreman to smuggle Judy out of Czechoslovakia. Judy is the only Survivor of her entire family. She became a Hidden Child thanks to a rescuer, a Christian woman who kept her hidden, living under a false identity in a Convent in Budapest, till the end of the war.

Judy is considered the only Child Survivor from her hometown of 11,000 people. In 1946, after Liberation, Judy’s aunt and uncle came to get her from the Convent. In 1947 they emigrated to Venezuela. In 1952, Judy was admitted to the US where she lived with another aunt in Detroit, Michigan before moving to New York to live with another Uncle. She later moved to Caracas, Venezuela with her uncle and aunt. It was in Caracas where Judy met her husband. She has three children; seven grandchildren; and a great-grandchild is due in December! In 2000, Judy’s children moved to the United States, and in 2017 when Judy was visiting for Passover, she decided to stay, as the Revolution in Venezuela had gotten quite bad. Judy was able to remain as she is an American citizen.

Judy has noted that coming from suffering was not easy, it was harsh. She speaks to stop indifference, but has hope that as we learn from one another, there will no longer be indifference. Despite her experiences, Judy learned to find the good in every situation, and has flourished. She obtained a Degree in Philosophy at age 50, and helps others with volunteer work of therapy, and loving kindness.

As part of a celebration of Jewish American Heritage Month in May 2019, Judy joined Congresswoman Debbie Wasserman Schultz and Senior Pastor Henry Fernandez of the Faith Center for a moving discussion of faith and eliminating hatred.