As the Holocaust Documentation & Education Center continues to feature and offer a wide variety of topics on the Holocaust, today we are adding the following to our list from JDC Archives:

This Lithuanian girl was separated from her parents during WWII and lived with a non-Jewish family in a nearby village. Her mother was killed, but her father survived. After the liberation, father and daughter were reunited and came to the Feldafing DP camp, Munich, Germany, 1947.

At the end of the Second World War, child survivors of the Holocaust, living in orphanages and children’s colonies across Europe, began to hunt for surviving parents and other relatives. At the same time, parents and other relatives began to search for these lost children. This is well known – but what is less well known is what happened when surviving family members found each other. Surviving parents in many cases did not feel they could provide stable homes for their surviving children, and a considerable number of ‘Jewish war orphans’ living in children’s colonies after the war actually had at least one surviving parent. For other families, life together again proved impossible to maintain, and families returned only to break apart after a period of months or years. This talk will draw on documents from the JDC Archives and oral history with child survivors to explore not only why family reunification proved so difficult in the immediate postwar period, but also how children subjectively experienced such events. 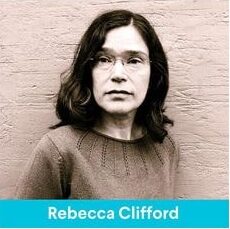 Rebecca Clifford is Associate Professor of Modern History at Swansea University. Her most recent book, Survivors: Children’s Lives After the Holocaust (Yale, 2020) has been nominated for Britain’s topic book awards, is on the long list for the Wingate Literary Prize, and was a Telegraph Book of the Year 2020.