In Honor of Liberator Carl Arfa

The HDEC wishes to honor one of Liberators and a Member of our Honorary Board, Carl Arfa. Carl was born and raised in Monticello, New York. Carl was 18 years old when he was drafted into the United States Army, in 1943. Carl was in the 1st Army led by General Hodges, and was in the fighting 69th Infantry Division, involved in the Battle of the Bulge. He then, with other soldiers liberated a concentration work camp near Leipzig.

After the War, Carl traveled all over the world creating his own business of Interior Design, and construction of hotels. He raised a family and has many grandchildren and great-grandchildren. Carl speaks to schools all over South Florida, including at the HDEC’s Student Awareness Days.

Carl’s experience is told in a fifteen minute film One Soldier’s Story, which can be viewed by clicking here. 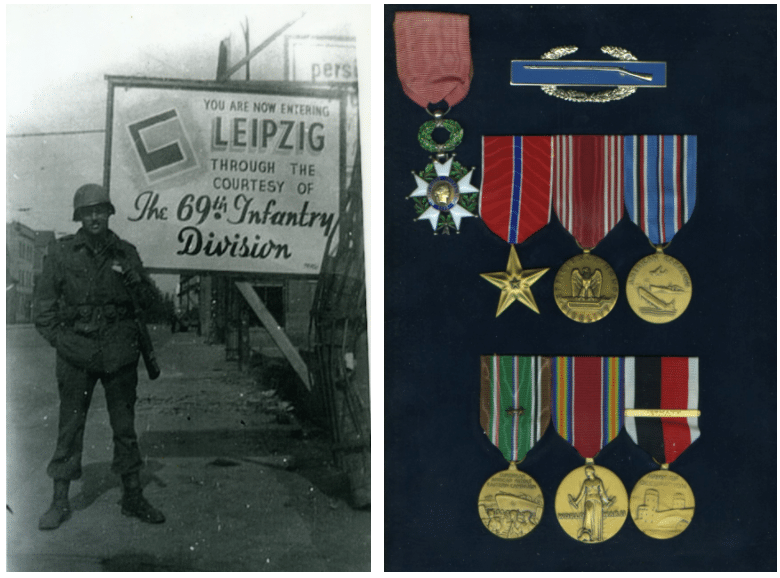 Carl Arfa with the 69th Infantry, 271st Reigment. Leipzig was liberated in April of 1945. The medals belonging to Carl Arfa, which include the French Legion of Honour, given to him by the President of France. He was awarded a Bronze Star for valor in battle, and his history is in the Library of Congress. 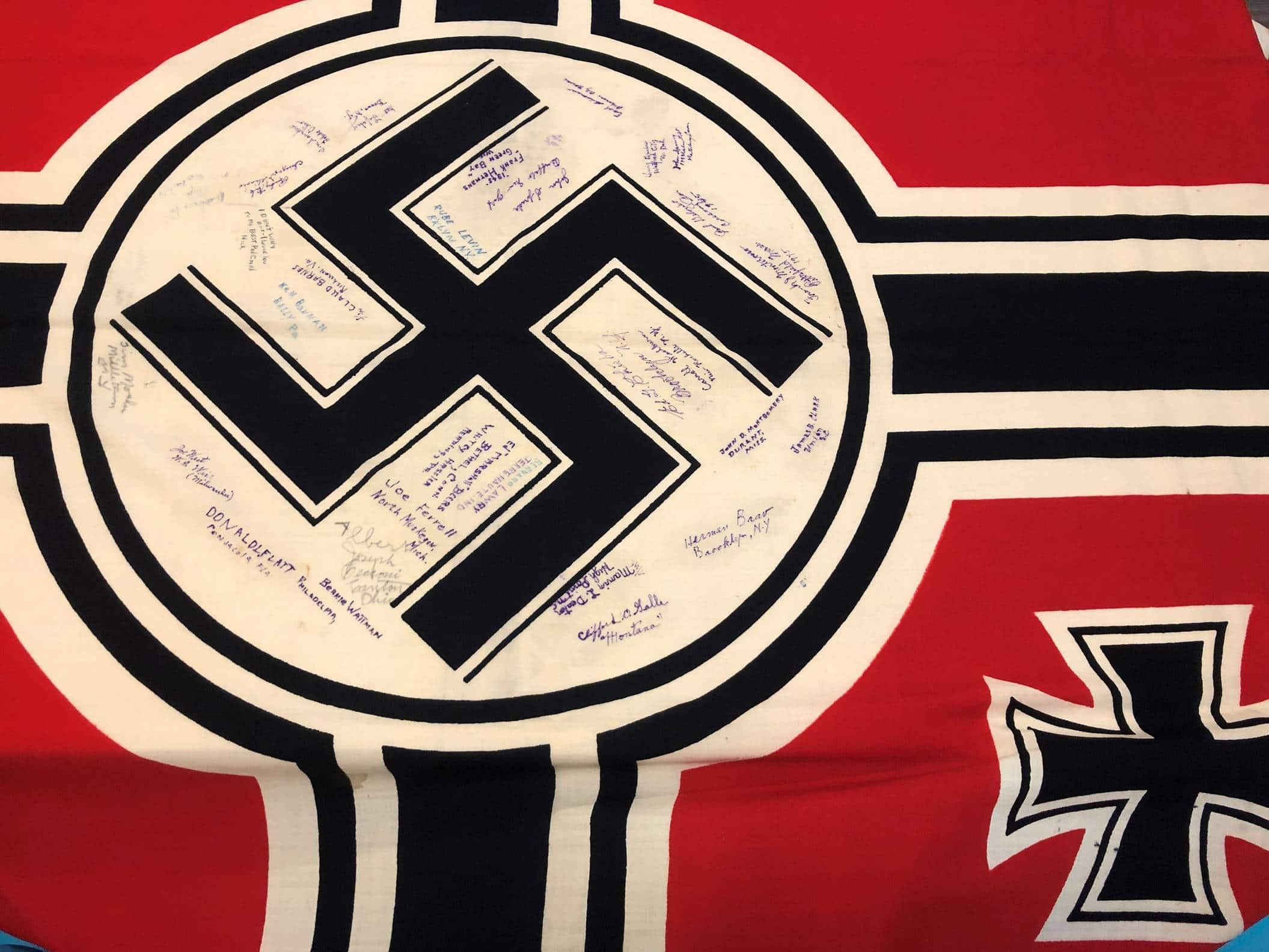 Liberation, as we know was not the end of the Survivor experience, but an important step towards life anew. For those who had been in the German-occupied countries, the defeat of Germany, and with it, the Nazi Reich, was cause for celebration. For Survivors, Liberation was bittersweet.

As many of you know, on May 11, 2016, the HDEC acquired a U.S. M-4A3E8 Sherman Tank, on permanent loan from the United States Army. The HDEC is indebted and grateful to Senator Bill Nelson, his staff, and all members of the department of the U.S. Army for their tremendous efforts and commitment to help secure this incredible and historic artifact for our Museum.

It was very important to the HDEC, to have an Anchor Artifact that would represent Liberation in our Museum. The Sherman Tank, tells the story of Liberation when Allied soldiers entered the camps and confronted the horrific and tragic enormity of what had been done there.

The tank has the markings of the 20th Armored Division, 9th Tank Battalion, Bravo Company, 1st Platoon, 4th Vehicle, of the type that participated in the liberation of Dachau concentration camp.

Those of you who have come to the HDEC and had an opportunity to see the U.S. Sherman Tank have learned about its history. We hope its message of resilience leaves an everlasting impression.

“When Jewish refugees immigrated to the United States to flee from Nazi persecution, they offered unique skills to their new country’s military. These men and women understood the German language, culture, and psychology and were personally motivated to defeat the Nazis. A group of immigrant soldiers became one of the greatest secret weapons for US Army Intelligence.” – USHMM

It is our pleasure to share these programs to honor our Liberators, and all the brave men and women who serve in the United States Armed Forces.