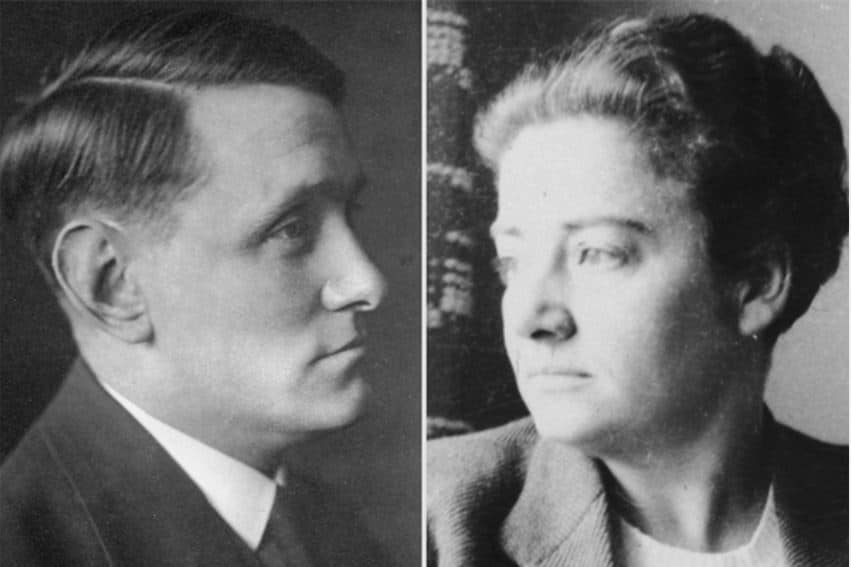 (Left) Portrait of Willem Arondeus, the leader of a gay resistance group in Amsterdam. US Holocaust Memorial Museum, courtesy of Marco Entrop: (Right) Portrait of Frieda Belinfante after her return to the Netherlands from the refugee camp in Switzerland. US Holocaust Memorial Museum, courtesy of Frieda Belinfante

It was a daring and dangerous mission. To try to protect the true identities of Jews and resistance fighters hiding behind false IF cards, members of the Dutch resistance group knew they had to destroy the originals. Dressed as policemen, they entered the Amsterdam Registry and set off explosions that burned 800,000 identity cards. This Pride Month, learn about Frieda Belinfante, one of Europe’s first female conductors and a Jewish lesbian, and painter Willem Arondeus, the gay leader of this group of artists turned resisters.