The program was featured as part of the USHMM Facebook Live Series. 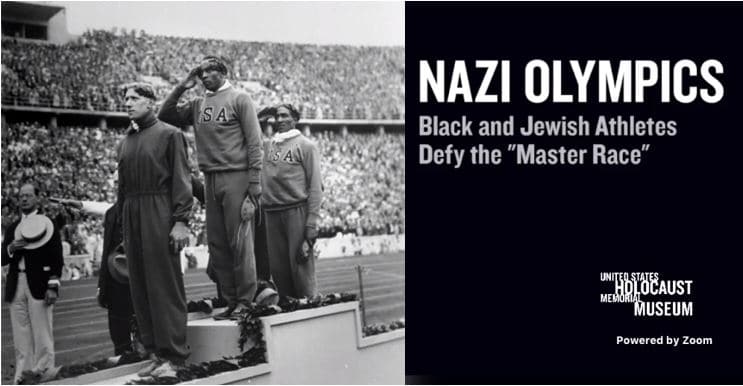 The Nazis embraced the 1936 Berlin Olympics as a chance to demonstrate their theory of the dominance of a “master race”. Both Jewish and Black athletes were motivated to shatter that myth. When the games came to an end, African American athletes claimed a quarter of America’s medals. Though they had brought glory to their county, they returned home to a segregated nation, and many soon felt their achievements were forgotten. – USHMM