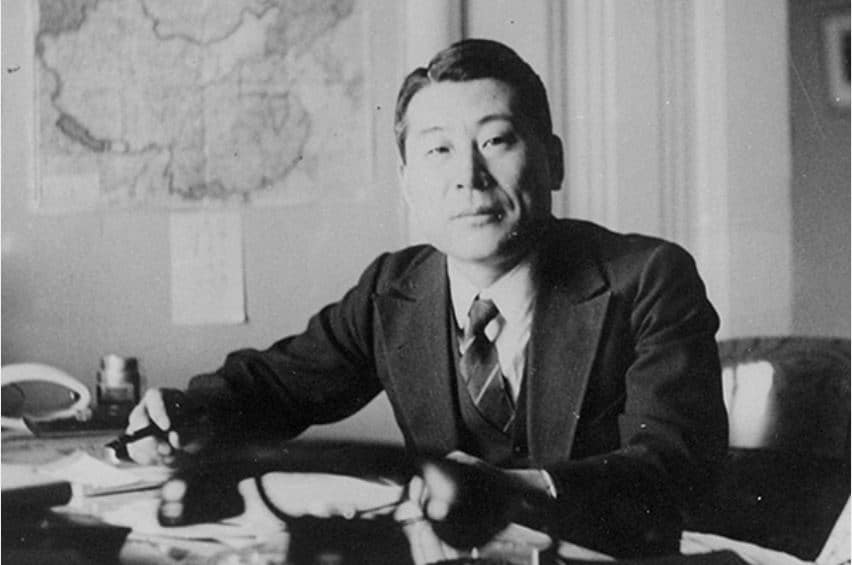 Chiune Sugihara sits at a desk in his office in China (1933-34). Later, as the vice-consul for Japan in Lithuania, he issued more than 2,000 transit visas to Japan, which permitted Jewish Europeans to flee the Nazi threat. Courtesy Mr. Nobuki Sugihara

Polish-born Leo Melamed was only eight years old when he landed in Kobe, Japan. After traversing Siberia by train, it was a paradise. In August 1940, Japanese diplomat Chiune Sugihara had issued Leo’s family a visa that helped them escape Soviet occupation and the Nazi threat.

Following Japan’s attack on Pearl Harbor, Japanese Americans were sent to internment camps in the United States. Even as their family members were imprisoned, some joined the American military and helped liberate Nazi camps. Learn about these unexpected rescuers and the impact one man’s lifesaving act has had on Leo 80 years since he survived the Holocaust.

Speaker:
Leo Melamed, Holocaust Survivor and author, Man of the Futures: Leo Melamed and the Birth of Modern Finance