USHMM: “Diplomats Who Risked It All to Save Lives”

“Diplomats Who Risked It All to Save Lives” 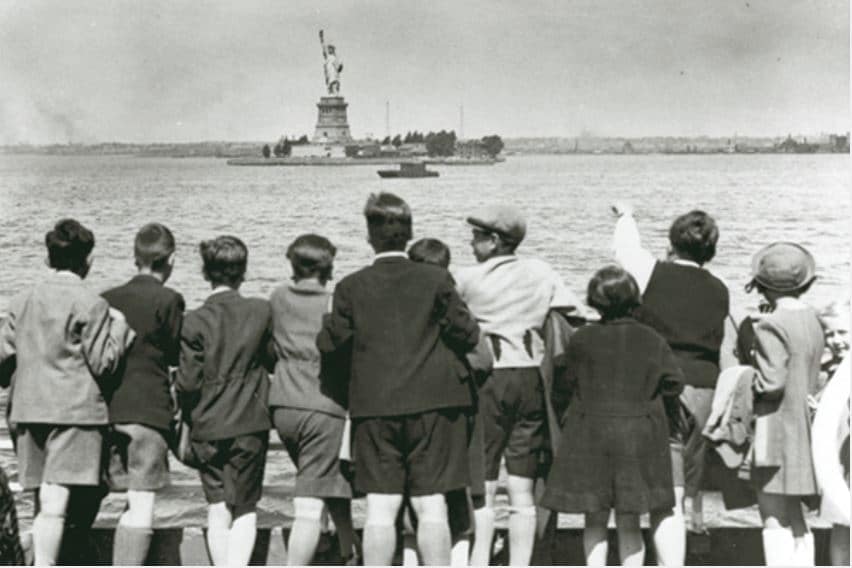 Children aboard the President Harding pull into New York Harbor in 1939. They were brought to the United States by Gilbert and Eleanor Kraus with the help of American diplomat, Raymond Geist, who secured visas for hundreds of unaccompanied children. US Holocaust Memorial Museum, courtesy of Steven Pressman

While posted in Berlin, American diplomat Raymond Geist worked within a restrictive immigration system to help save as many victims of Nazi persecution he could, including Albert Einstein and Sigmund Freud. Another diplomat, Jose Arturo Castellanos of El Salvador and his first secretary, Jewish businessman George Mandel-Mantello, defied government instructions by providing citizenship certificates to thousands of European Jews who had no connection to El Salvador – most didn’t even speak Spanish.

Join us as we commemorate World Refugee Day and honor diplomats who dared to take great risks to offer refuge and save lives.