Classrooms Without Borders: “Light of Understanding and Jewish Roots with Peter Gyori”

The Holocaust Documentation & Education Center is pleased to share the following program from Classrooms Without Borders:

Program:  “The “Sonderkommando” Uprising in Auschwitz-Birkenau”

During the Holocaust, three armed uprisings of Jews in the extermination camps were recorded, a very impressive statistic:

This revolt, which was planned and carried out by the Sonderkommando men – a group of Jewish prisoners forcibly employed in the industrial-factory murder facilities of the Auschwitz camp – was different from its predecessors. The two uprisings that preceded it, in Treblinka and Sobibor, were primarily intended to bring an end to the mass murder of Jews, to sabotage the murder facilities and to bring the mass murder of Jews to the attention of the world.

At the time these revolts took place, the “Final Solution” process was at its peak. When the revolt broke out in Auschwitz, this factor was no longer relevant: most European Jews were no longer alive, so the rescue motif was not the main cause of the revolt. Among the factors that motivated the revolt were these points: Revenge on the Germans for their monstrous crimes in Auschwitz, the desire of the Sonderkommando men to save themselves so they could report to the world what they saw in Auschwitz, a desire to be engraved on the pages of history that the Jews in Auschwitz were not only victims of cruel, vicious and heinous murder but were anxious to fight with weapons in hand against their persecutors, and the primary and immediate factor was the desire to sabotage the planned mass murder against the masses of Hungarian Jews, an action for which the Sonderkommando were well aware. 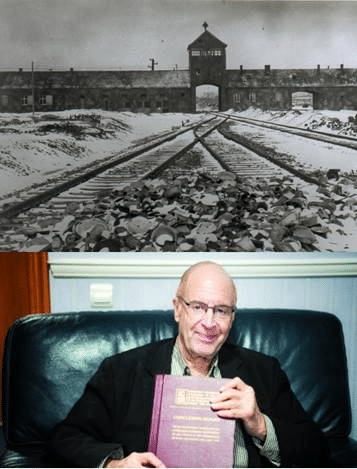