South Florida Holocaust museum will now be seen around world

As seen on WPTV:

South Florida Holocaust museum will now be seen around world 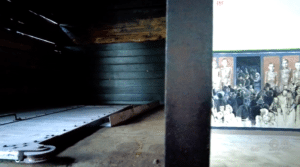 Holocaust Remembrance Day commemorates the millions of lives lost during the Holocaust, and one museum in South Florida is furthering their efforts to preserve the stories of those who survived.

The Holocaust Documentation & Education Center has more than 2,300 Holocaust eyewitness testimonies. Its mission is to preserve the stories from Holocaust survivors, which is why it is now partnering with the Steven Spielberg Foundation to put the stories into an archive to be read all over the world.