“Sounds from Silence – Reflections of a Child Holocaust Survivor, Psychiatrist and Teacher” by Robert Krell

The Holocaust Documentation & Education Center is delighted to have this opportunity to share with you that a longtime colleague and very special friend, Dr. Robert Krell has a new book being published by Amsterdam Publishers called Sounds from Silence – Reflections of a Child Holocaust Survivor, Psychiatrist and Teacher. 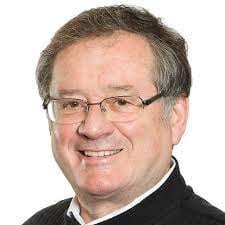 The following is a brief bio of Dr. Krell:

Dr. Krell was born in The Hague, Holland on August 5th, 1940. He was hidden from 1942 to 1945 with the Munnik family and returned to his parents, who also survived in hiding. Their families of origin were all murdered in Auschwitz and Sobibor. In 1951, the Krells moved to Vancouver, B.C. Robert Krell graduated from The University of British Columbia with an M.D. in 1965, interned in Philadelphia at the Philadelphia General Hospital, and continued in psychiatric training at Temple University Hospital, Philadelphia, Stanford University Hospital in Palo Alto and then returned to The University of British Columbia.

As a volunteer in the community, Robert Krell served on the Board of Directors of the Canadian Jewish Congress – Pacific Region from 1972, Vice-Chair for nine years, Chair (1986-1989) and National Vice-President (1989-1992). In his private psychiatric practice, Dr. Krell treated Holocaust survivors and their families and Dutch survivors of Japanese concentration camps.

In 1985, Dr. Krell founded the Vancouver Holocaust Centre Society for Education and Remembrance, which built a memorial for Holocaust Survivors, at the Schara Tzedeck Cemetery.

Dr. Krell established the Vancouver Holocaust Education Centre that opened on November 7th, 1994 in order to provide educational programs for high school children, warning of the consequences of unchecked racism and intolerance. For these activities, he received in 1998 the State of Israel Bonds Elie Wiesel Remembrance Award and in 2011, the Boston University Hillel Lifetime Achievement Award for “bringing solace and understanding to generations of Holocaust Survivors.”

On January 27th, 2012, he was the Keynote speaker at the United Nations International Holocaust Remembrance Day. In November 2012, the Holocaust Educational Foundation at Northwestern University recognized his “distinguished contributions to Holocaust education” and on December 5th he was awarded the Queen Elizabeth Diamond Jubilee Medal, “as an outstanding human rights educator” On August 24, 2014 he received an award from The World Federation of Jewish Child Survivors of the Holocaust and Descendants at its Gathering in Berlin. March 4th, 2016 he was recognized with a Governor General Caring Canadian Award for founding the Vancouver Holocaust Centre and for his lifelong work promoting human rights and social justice.

He has authored six books, co-edited three and written twenty book chapters and over fifty journal articles. Presently his interests remain the psychiatric treatment of aging survivors of massive trauma and participating in programs against racism and prejudice. Dr. Krell is married and has three children and nine grandchildren. 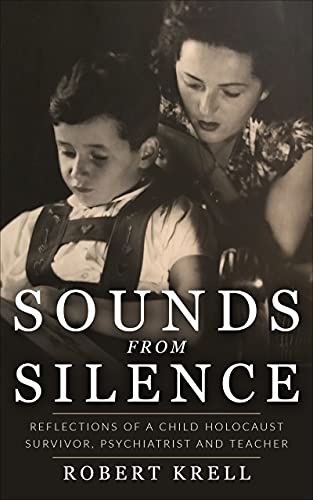 Dr. Robert Krell’s  memoir Sounds from Silence is set to be published August 1, 2021.
If ordered as an eBook prior to August 1, the cost is greatly reduced.
The Kindle version is available now can be purchased here.
The official release date is August 1st for the hard cover and soft cover book on Amazon and Barnes and Noble.

Dr. Krell shares the following comments  about his new work Sounds from Silence as follows:
“I have long described child Holocaust survivors as “elderly children.” We were forced to grow up overnight and lost pieces of childhood – of play and security, of comfort and predictability, of parental love and guidance.Those few of us fortunate to have survived have spent lifetimes catching up on what we missed.