Op-ed: QAnon, the Holocaust and the deadly power of conspiracy theories

As seen in Chicago Tribune: 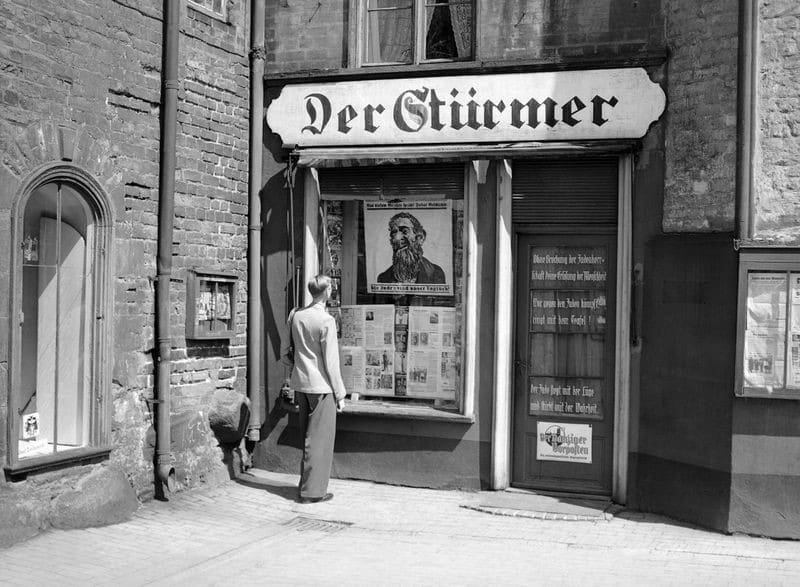 A man views a grotesque head of a Jew in the office window of Der Stürmer, the anti-Jewish newspaper, in Danzig on July 2, 1939. (AP)

Our nation is getting a crash course in conspiracy theories. QAnon has been in the spotlight as the latest iteration. With the rise of social media, the messenger may be new, but the message is not. Conspiracy theories have been around for centuries, well before mass communications amplified their potency. The human desire to explain complicated events in simplistic ways often leads to blaming minorities for them, sometimes with deadly consequences.

Chicago Tribune - Op-ed QAnon, the Holocaust and the deadly power of conspiracy theories - 02/25/2021