In honor of International Holocaust Remembrance Day, Wednesday, January 27, the Holocaust Documentation & Education Center is thrilled to partner with WIZO USA and the Elie Wiesel Foundation for Humanity to feature the following program:

Please note, registration is required and is by donation. Please click here to register.

Special guests include Oprah Winfrey, George Clooney, and Idan Raichel and the event will support one of Marion’s greatest living legacies: the Beit Tzipora Centers, which educate and empower Ethiopian-Israeli children.

About Marion Wiesel:
An editor, translator and producer, Marion Wiesel was born in Vienna, Austria. As a small child during World War II, she and her parents fled to Belgium, then France, ultimately finding a haven in Switzerland. In 1949, she and her family reached the United States. In 1969 she married Elie Wiesel, their son Elisha was born in 1972. She also has a daughter, Jennifer, from an earlier marriage.

She has translated fourteen of her husband’s books from French to English, most recently the new edition of Night, selected by Oprah Winfrey’s Book Club. She has produced many television programs, including “A Passover Haggadah”, “The World of Elie Wiesel” and “The Oslo Concert: A Tribute to Peace.” She wrote and narrated the documentary film “Children of the Night.”

Marion Wiesel and her husband founded The Elie Wiesel Foundation for Humanity in 1986, and she initiated the creation of the Foundation’s first Beit Tzipora Center for Study and Enrichment for Ethiopian children in Israel. The creation of a second Beit Tzipora Center followed, and the two have flourished, providing desperately needed academic help and support to hundreds of Ethiopian-born children each year. 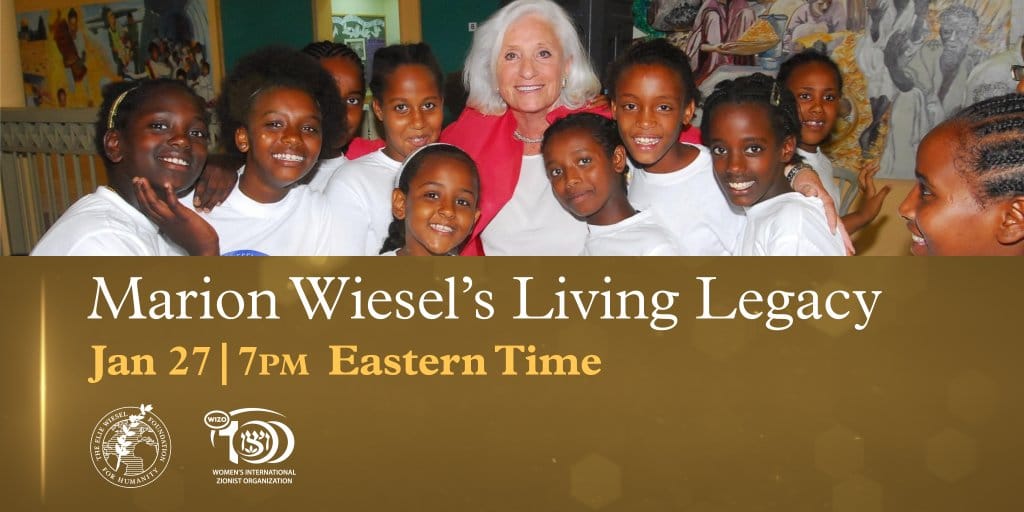