Inextinguishable Symphony: A True Story of Music and Love in Nazi Germany 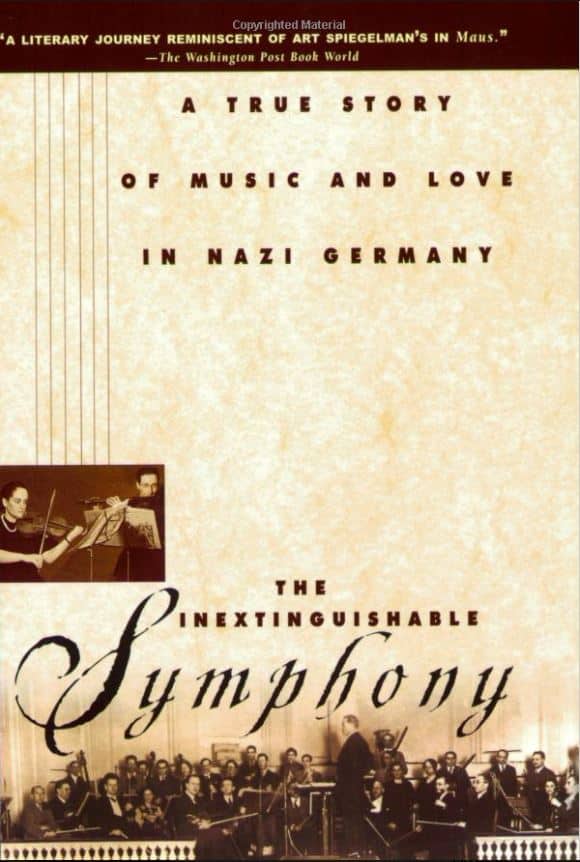 The Holocaust Documentation & Education Center, Inc. is pleased to share the Inextinguishable Symphony: A True Story of Music and Love in Nazi Germany as told by author Martin Goldsmith in Conversation with Dr. Miriam Klein Kassenoff online program from The University Of Miami Holocaust Teacher Institute on:

National Public Radio commentator Martin Goldsmith, takes us from the cafés of Frankfurt, where Rosemarie and Günther, musicians and parents of author Martin Goldsmith fell in love, to the concert halls that offered solace and hope for the beleaguered Jews, to the United States, where the two made a new life for themselves as musicians in famous concert halls that would nevertheless remain shadowed by the fate of their families

Martin Goldsmith is the author of The Inextinguishable Symphony: A True Story of Music and Love in Nazi Germany, which tells the riveting story of the Kulturbund, an all-Jewish performing arts ensemble maintained by the Nazis between 1933 and 1941, an ensemble that included Mr. Goldsmith’s parents. The Inextinguishable Symphony is the basis of the acclaimed 2019 film Winter Journey, co-written by Mr. Goldsmith, directed by Anders Ostergaard, and starring Bruno Ganz in his very last film. Mr. Goldsmith is also the author of Alex’s Wake: A Voyage of Betrayal and a Journey of Remembrance, the story of his grandfather and uncle, who were two of the more than 900 passengers on the ill-fated Jewish refugee ship St. Louis in 1939, and his own six-week journey in their footsteps in 2011. Mr. Goldsmith also wrote and performed six Composer Portraits (in-depth stories of the lives and music of Mozart, Beethoven, Brahms, Tchaikovsky, Dvorak, and Copland) on stage at the John F. Kennedy Center with conductor Leonard Slatkin and the National Symphony Orchestra. Martin Goldsmith has been a classical music radio programmer and presenter for more than fifty years. He semi-retired three years ago from Sirius XM Satellite Radio in Washington, DC, where he now hosts music programs on weekend afternoons. He was the company’s initial Director of classical music programming, beginning in 2000. For ten years, from 1989 to 1999, he served as the host of “Performance Today,” National Public Radio’s daily classical music program. During Mr. Goldsmith’s tenure as host, PT won the coveted Peabody Award for broadcasting