Film Series: As Seen Through These Eyes

The HDEC has introduced an Online Film Series for our community each available to stream for free on TUBI.

**Please note, the film will need to load before you can view. Please click “Play” then “Pause”. The gray line must be further along than the red line to play. Once you have loaded a nice portion of gray, please click “Play” and your video will stream. 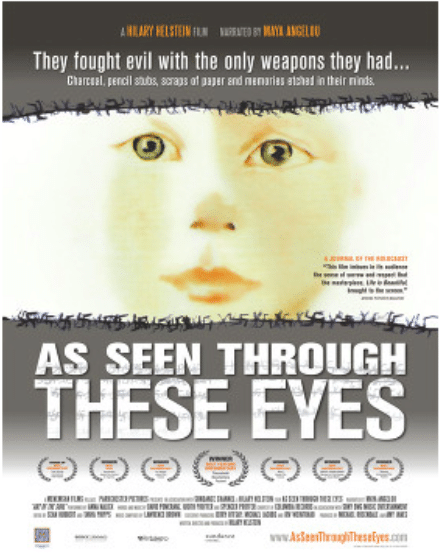 As Seen Through These Eyes

Reveals the story of a brave group of people who fought Hitler with the only weapons they had: charcoal, pencil stubs, shreds of paper and memories etched in their minds. These artists took their fate into their hands to make a compelling statement about the human spirit, enduring against unimaginable odds. 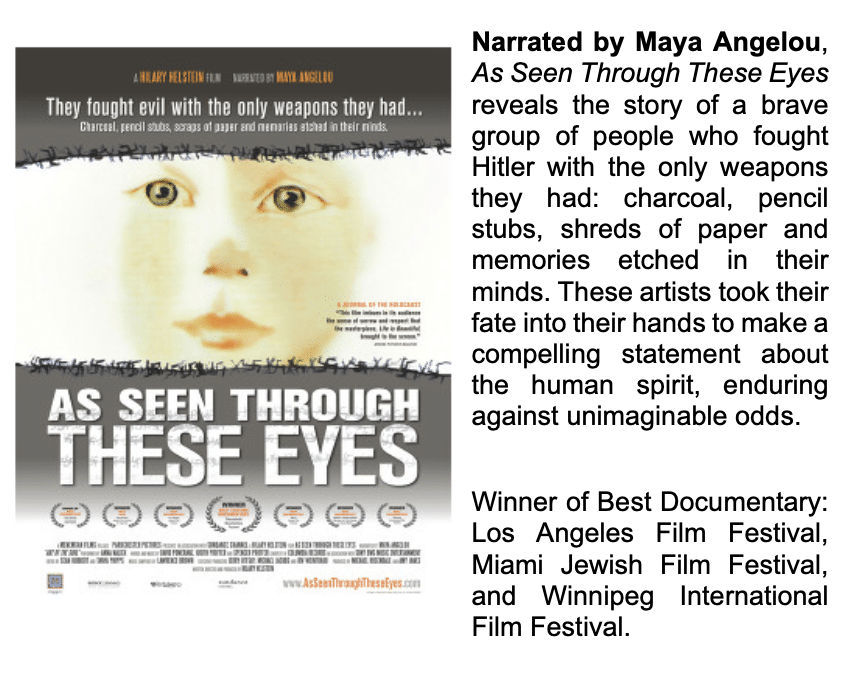 We also wish to share that one of our Survivors, Judith Evan Goldstein and some of her artwork is featured in the film. The Center was honored to host an event featuring Judith’s art on March 19, 2017.

To learn more about Judith and her art click here. 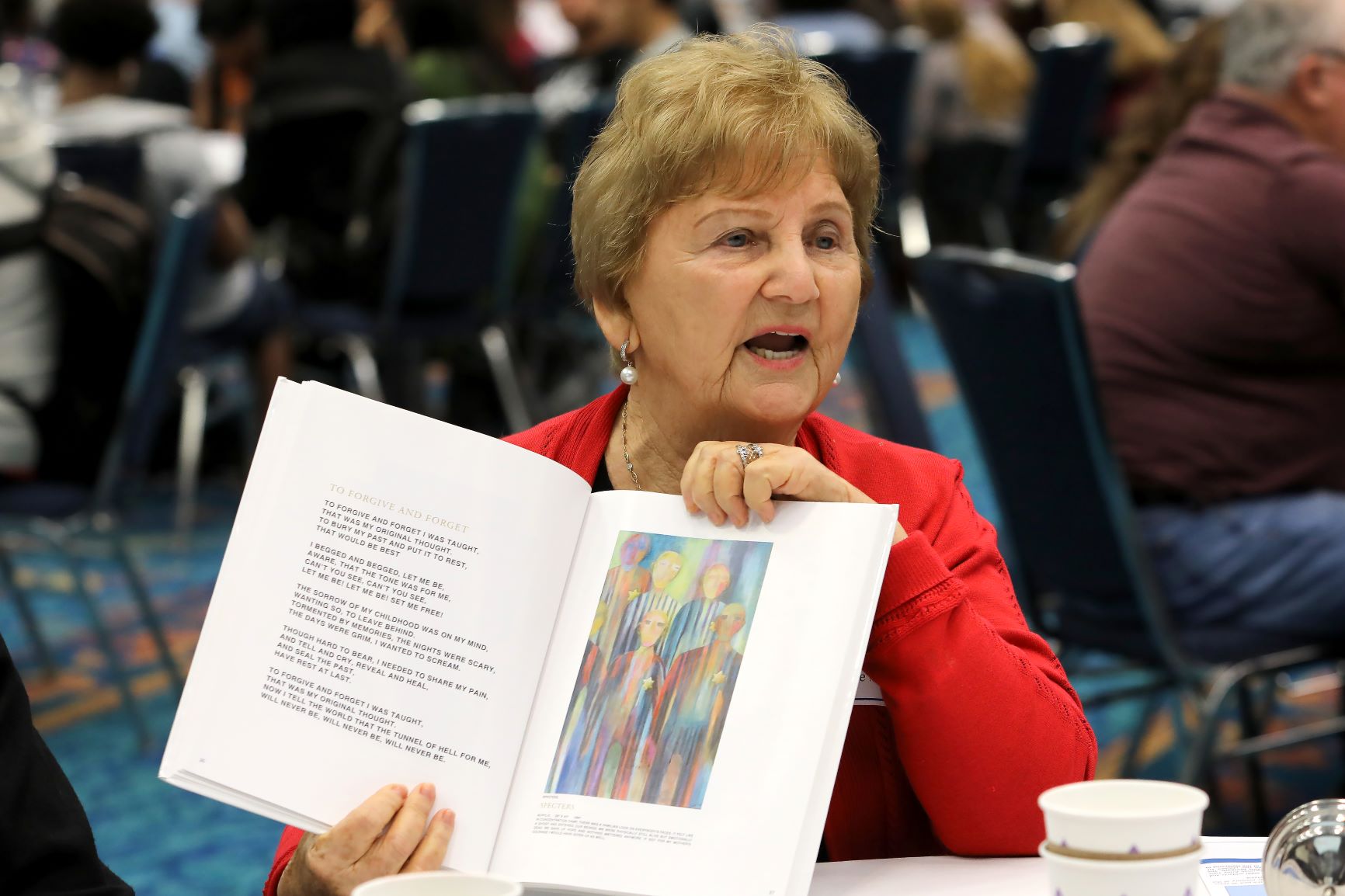 “Brundibar”
Also noted in the film is the inspiring story of “Brundibar”, a children’s opera by Jewish Czech composer Hans Krása with a libretto by Adolf Hoffmeister, made most famous by performances of the children of Theresienstadt concentration camp (Terezín) in occupied Czechoslovakia. The name comes from a Czech colloquialism for a bumblebee.

For a link to an inspirational feature done by 60 Minutes on “Brundibar” please click here.

The story of “Brundibar” has also been featured in a children’s book of the same name by: Tony Kushner (Author), Maurice Sendak (Illustrator)

Editorial Review by Emilie Coulter from Amazon, where the book is available for purchase.

Based on a Czech opera that was performed 55 times by children in Terezin, a Nazi concentration camp, Brundibar is an odd, urgent little tale of a brother and sister who are desperately trying to get their hands on some milk for their sick mother. They race to the village center, only to discover that they need money to buy milk. Unfortunately, all the money in town seems to be going to the nefarious hurdy-gurdy man, Brundibar. Enter three talking animals and 300 willing children (bearing balloons stating “WE DON’T MIND SKIPPING SCHOOL”), and things start looking up for little Aninku and Pepicek. Retold by playwright Tony Kushner and illustrated by Caldecott Medal recipient Maurice Sendak, this operatic story is just nutty enough to become a favorite for open-minded young readers. Sendak fans will smile to see the village baker, who bears a striking resemblance to the baker in Sendak’s In the Night Kitchen. His chaotic, jam-packed illustrations reveal witty little subplots to the libretto text (written all in upper case), which sharp-eyed readers will enjoy discovering. – Emilie Coulter