“Collecting the Dream” by David Matlow available for Free Download from July 1 – July 4, 2021

David Matlow, who many of you may recall, presented Theodor Herzl: Coming Home, Staying Home has shared that his book “Collecting the Dream” will be available for free download on Kindle from July 1 – July 4, 2021.

David Matlow has assembled the world’s largest private collection of Herzl memorabilia; in this book he showcases the most special items in his collection and introduces us to the people who helped him put it together.

Theodor Herzl was the visionary of the State of Israel who famously said “if you will it, it is not a dream.” Through this volume, David hopes you will be inspired to realize your own dream, and to help complete the dream of Herzl.

“Collecting the Dream” features photographs by Kevin Viner and portraits by Dana Tal-El.

Below is the announcement from David Matlow, author of “Collecting the Dream”: 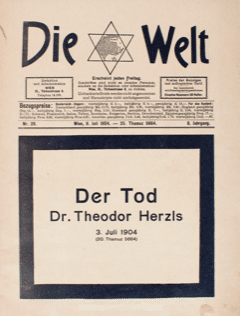 Herzl envisioned a state for the Jewish people as a solution to the anti-Semitism that he witnessed.

He believed in a better future, and that our collective dreams could be realized if we worked hard to make them come true.

His life’s work remains relevant and important, and worthy of knowing.

The Herzl Project (https://herzlcollection.com/) which includes the book “Collecting the Dream” is dedicated to this purpose. 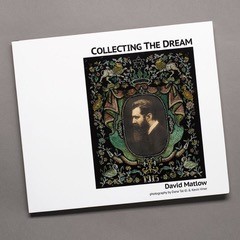 To commemorate Herzl on the anniversary of his death, Collecting the Dream is available for free download on Amazon’s Kindle from July 1 to 4, 2021.

The book is available on Amazon internationally, a selection of links are below.

In the United States:

The HDEC’s current on site travelling exhibition “Israel Then & Now” has been extended until December 31, 2021. For more information please click here.